Nazism in The Last Story 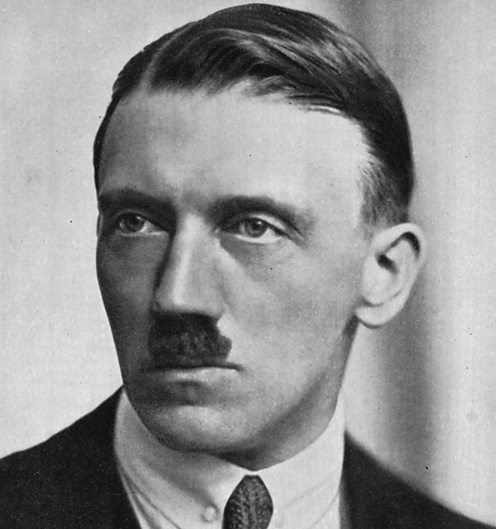 Not so different, you and I. Zangurak picture: Behind the Voice Actors Hitler picture: BBC

The relatively harsh Treaty of Versailles forced post-World War I Germany to pay enormous reparations, cede much of its territory, and drastically decrease the size of its army. These terms, combined with all the normal costs of post-war reconstruction, left the German people eager for someone who would fix their problems, regardless of the morality of the solutions. In came Adolf Hitler and the National Socialist German Worker's Party (Nazi Party), who were all too willing to give the people what they wanted.

The story of Nazi Germany is not altogether different from the story of the Gurak in The Last Story. After losing a war with the humans, the Gurak were forced onto a harsh continent of lava and stone, a shadow of their former power. Then, Zangurak appeared, and united all the Gurak for the first time in history with his power and charisma.

Just as Hitler blamed the Jews and other groups for all of Germany's problems, Zangurak fostered hatred for the humans among his people. Hitler had his concentration camps full of Jews, gypsies, homosexuals and others, and Zangurak had his mines full of human slave workers.

This might be a bit of a stretch, but the idea of Nazi mysticism also has parallels with Zangurak's obsession with the power of the Outsider.

The banter between Zangurak and player character Zael during their final battle (Credit: YouTube user omegaevolution) sums up Zangurak's moving rhetoric and his semi-justified quest for power after years of oppression by the humans (start video around 2:30). Just as the Allies might have prevented World War II had they adopted Woodrow Wilson's policy of forgiveness, the humans might have spared many lives from both species had they worked harder to repair relations with the Gurak.
Posted by Unknown at 1:26 PM